I was once told by the police that there was nothing they could do about the boy who broke into my house and left me things because they didn’t get involved in domestic disputes.

I was forced by a teacher to go talk to him about how upset he was about me calling the police because, as she put it, “Girls shouldn’t call the police on their boyfriends.” and when I said, “He’s not my boyfriend,” she stared at me blankly and just said, as if I were speaking gibberish, “But he says that you are.”

That was a long time ago and in that time, laws about stalking have changed, incidents of rape have decreased over half, things are better.  We understand, we say we understand, that women don’t cause men to beat us or rape us or stalk us or kill us.

And when we blame women for what happens to them, or when we blame all men–boys will be boys–for what a fucked up few do, we are letting the evil bastards off the hook.

This time, let’s not do that.

Most folks are wondering how Cho Seung-Hui could have killed two people early in the morning and still been wandering around campus to kill more people once classes started.

One reason is exactly what Blackamazon says it is:

Students were prevented from being warned and properly protected because the first shootings were dismissed as a domestic dispute.

Do you get that?  Don’t you feel that right in your gut?  We’re used to believing that a man who kills “his” woman isn’t a threat to anyone else.  He’s done the violent act; now we just have to investigate and find him.  But he’s not a danger, we believe, any more.

Why even bother to cancel classes?  You have a dead woman and a dead man.  Clearly, clearly, he killed her and then killed himself.

It’s like Blackamazon says–that’s one way misogyny hurts us all.  We have a narrative in our heads, one we’re used to seeing played out over and over again, on our televisions (news or entertainment), and so when we’re confronted with that in real life, we don’t know what else to see, but a man and a woman gone wrong.

Nothing worth upsetting other students about.

And then, when it becomes obvious that the story is more complicated than that, look who gets blamed. (Hat tip, Feministe)

This is the face of the teenage student who may have sparked the biggest gun massacre in US history.

It is thought she was the ex-girlfriend of the unnamed killer who then went onto kill Emily’s neighbour 22-year-old Ryan Clark who had tried to help.

What a cowardly, bullying bit of reporting that is.  The person who sparked this event was Cho Seung-Hui, not anyone who was the target of his wrath.  And to say “It is thought…” Thought by whom?  Name your sources.  Let’s meet these jackasses that would blame the victim in all of this.

Are there things the university could have done differently?  Maybe, but who knows?  If he hadn’t bought guns, maybe he’d have bought fertilizer and racing fuel.  Every single person who was killed could have, at any point before that made another decision–stopped to go to the bathroom, slept in, ran instead of blocking the door, not responded to cries for help, put a knife in her purse, taken a wrong turn, waited for that light to change instead of gunning it through the yellow–but only one of them knew that that was the day he was going to open fire on his fellow students.

And, at the end of this, no second-guessing is going to change that.  Nobody but him knew they were making decisions that would lead to death.  Nobody.

Put his picture on the front page of the paper.  Name him.  Invite folks to gawk at him and wonder what he did that led him to that place.

But this is not Emily Hilscher’s fault and fuck anyone who insinuates that it is.

You use apostrophes primarily to indicate ownership–This is B.’s car–or to indicate a contraction–She won’t mind if we take it for a drive.

You never use an apostrophe to make a word plural. Not even a proper noun. You can go to the Smith’s house–the house owned by the family Smith. You can even go to the Smiths’s house–the house owned by the Smiths. But you cannot go hang out with the Smith’s. No. You cannot. Yes, it’s confusing because you could go hang out at the Smith’s, leaving ‘house’ implied. But unless there’s some object–obvious or implied–you cannot use an apostrophe. Apostrophes cannot make things plural.

Now, when it comes to pronouns, you don’t need an apostrophe to indicate ownership. This means even “it.” The kitten opened its eyes. (The kitten [it] has eyes; no apostrophe needed on the ‘its’.) It’s so cute. (This “it’s” is a contraction–it is so cute.) So, unless you’re trying to make a contraction, just use ‘its.’

The real question is: Who can make the difference between “affect” and “effect” obvious in a simple way?

Brittney brings us this. I about fall over to see them using the wrong word–“Silence can say more then a thousand words.”

I am no grammar genius and lord knows I spell like a drunken monkey, but I’m still going to tackle “than” and “then” for you.

“Than” is used in comparisons. I am more charming than Sarcastro. Ice cream is better than getting punched.

I hope this has been helpful.

I’d run around barefooted all the time.  First, it’d give me an excuse for being such a slow walker.  Second, I like to know the world that way, to feel the coldness of the dirt against my skin or the too hot hot hot of the driveway as I scurry across to get the mail.  I like the prick and scratch of dry grass in the middle of summer.

Especially, I like the challenge of gravel.  Each step must be placed carefully, the weight shifted just so, judging whether you are evenly distributed enough to have smooth sides that compensate for rough edges.

I was thinking about my mom in her younger days, how she used to climb the tv antenna and watch the countryside for the arrival of our guests, how she’s always the one with a glass and a piece of cardboard to free any errant bees or wasps that might get into the house, how she used to hang upside down from the swingset, just in general how brave she is.

She’s the kind of woman men like.  It’s hard for me to say what it is about her that they respond to.  I think she’s fine looking, but I don’t think she’s extraordinarily beautiful.  She’s not really aware of them by any means.  And yet, when she’s in a room, she’s the woman all the men flock to.  Even my brothers’ friends want to hang around with her.  Even the Man from GM* had a huge crush on her in high school.

My mom is at ease in the natural world.  I respect that about her.  I’m pretty much the exact opposite.  I don’t know.  I’ve just been missing her today.  I want to sit on the edge of a creek with her and we both dip our toes in the water and she’ll start talking about how, if she’d known we were going to pull our pants up, she’d have shaved her legs, and I’ll say it doesn’t matter and then I’ll ask her what kind of flower that is and she’ll say she doesn’t know and I’ll say that she should have just made something up because I wouldn’t have known any different and she’ll laugh like she does like she thinks it’s ridiculous that a wrong answer is better than uncertainty.

And I will try to point that out to her, how brilliant and holy that is, to live like uncertainty is better than a wrong answer, but she’ll be distracted by the shapes the clouds make. 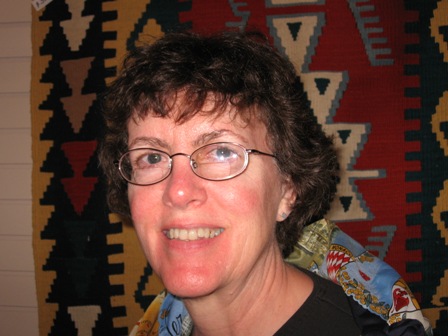 *Who’d better be reading this, since I went to the trouble of giving you my fucking RSS feed.

I knew, even before I ate it, that it was going to be hot, and yet, I went ahead, just because I love peppers.  And for a second, a long second, it was the best pepper I’d ever tasted, surprisingly sweet and smokey.

And then, the hot spread through my mouth and every tiny cut or raw spot opened up.  My nose cleared.  My eyes watered.  I thought the back of my head might steam right off.

The Don said, “You should have asked me before you ate that.”

I was talking to my dad last night and I told him how Don Coyote was trying to pass himself off as an angel sent by Godto watch over me for him.  Dad said, “Did you tell him about the time I took your car to the carwash and had to apologize to the kids for how dirty it was?”

I said that I would.

He wanted to hear how the Edwards thing went and I told him that I actually found the songs they sang very comforting.  One thing you Southerners know how to do right is mix in a little hope with your sorrow.

Of course, I think the Edwards thing also illustrated how you lost the Civil War.  My ancestors said to your ancestors, “So, we are agreed that we will battle at 10 a.m. on the morrow” (or however they talked back then) and your ancestors replied “Ten a.m. it is, damn Yankee sirs.”

So, we arrived at the battle field at 9:45, had time to get set up and waited.  You left your camp at 10 and began to walk towards us.  You can see the inherent problems with that strategy.*

I woke up in the middle of the night, hot and uncomfortable and itchy.  It was worth it, though, I think.  I still think that pepper was worth it.

Defenestrated today has a little Venn diagram about Kurt Vonnegut, which illustrates how he lived in the overlap of death, waste, and cruelty and how that overlap can be called “humor and hope.”

Life goes on.  That’s the shitty fact of it.  It keeps going, spiraling towards some inevitable end, each of us leaving behind moments we’re glad to see go and brief seconds we’d like to hang onto forever.  We lose people we love or we become the loved ones lost.

Little stands against the inevitable truth of time.  Small rebellions in the face of such waste, cruelty, and death.

And yet, if you love humanity, you have to give shelter to humor and hope, I think.

I’ve said it before and I believe it.  Evil is like a wildfire.  It springs up with little warning, burns as long as it has fuel to consume, and then dies back.

Good is a bucket of water that draws from an endless stream.

I don’t know.  Maybe that’s not a strong enough metaphor to carry my meaning all the way from me to you.

And this post is more petering out than actually ending, but here it is, anyway.

So there you go.

*This is not factual, but it is nearly as weird and funny as Hood’s little incident at Spring Hill, you must admit.