1.  So, yes, Hobbs so hates the Governor that he also hates everything the Governor has a hand in, which means, apparently, Hobbs hates history.  Go look.  Does he not seem to be saying that, in a perfect world, that which is not supported solely by private grants and charitable donations should be left to crumble to dust, regardless of its historical value, just to stick it to an arrogant politician?

Is it wrong to imagine Hobbs as the Hood of the blogosphere, exceedingly talented, bent on cutting a wide swath of destruction and leaving terror and desolation in his wave, but never quite pulling it off?

Is it a dueling offense to compare someone to Hood?  One wonders.

I guess we’ll find out.

You may talk about your Beauregard,
You may sing of Bobby Lee,
But the gallant Hobbs of Nashville
He played hell in Tennessee.

[Yes, I know he was a good enough commander that they named Fort Hood after him, but I’m trying to be snarky here.]

2.  I have just four words to say to you all about Campfield.

I TOLD YOU SO.

“Oh, he’s a joke,” you say.  “No one takes him seriously,” you say.  And I told you when I met the dude that he scared the shit out of me because he’s exceedingly charismatic in person and seemed to have only one or two flaws that would prevent him from being a force to be reckoned with.

I honestly think his only misstep was ignoring us until Mack went over to his table.  If he had come over first thing and introduced himself, if he seemed unafraid of us and completely oblivious to why he might be uncomfortable in our presence, I would have sensed no sign of weakness.  Right now, though, having observed him in person, I think his weakness is that he’s not exactly sure how to answer his critics (I think that’s obvious from his blog as well) and he comes across like he’s uneasy around women.

I mention this because the man is driven and committed in a way that the other Republicans are not, and in a way I found, frankly, scary to be in the presence of.  Campfield is not the biggest fish in the pond, but he’s determined to make the most waves.  Right now, he’s got two big chinks in his armor, but if he fixes those, the dude’s going to be as smooth as silk.

Now, you go read this post and tell me if you’re not seeing it, too.  This is the post of a man growing more at ease and into the goals he has for himself as a politician.  I still don’t think he’s learned to answer his critics well, but he’s shaping himself into something. 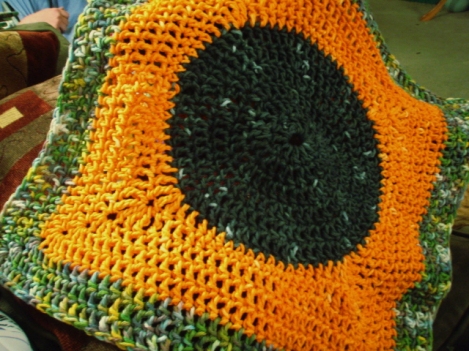