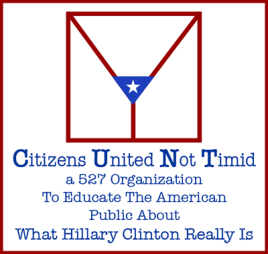 And women have vulvas, which are sometimes called cunts and cunt can also mean a woman who’s a bitch but worse! So, if you call Clinton a cunt, it’s funny, see, because she’s a cunt and she has a cunt and you can reduce her to her cunt, because it’s so weird that she has one that it’s worth pointing out, repeatedly.

This news brought to you by Republican operatives (and Shakespeare’s Sister).

[Plus, this is neither here nor there, but it pisses me off that I have a reputation for being vulgar among Republicans, and yet I have never created a t-shirt or a 527 Organization designed to mock anyone’s genitals or their bad attitudes.]

27 thoughts on “Breaking News! Hillary Clinton is a Woman”