As a person who broke a story!  This is even better than when Mrs. Wigglebottom made her brief appearance.

Okay, historians, let’s go back to the photo.

I learn by way of the Battle of Nashville Preservation Society that that’s Fort Morton up there and Franklin Pike running diagonally.  And I’m still trying to situate myself.

If you go to the Battle of Nashville Preservation Society’s map, you see that Fort Morton, Fort Negley, and Fort Casino make a little triangle of forts surrounding Franklin Pike.  But now I’m feeling unsure about where in this photo Franklin Pike is.

Here’s what I wonder.  I wonder if the black line is Granny White Pike and we’re standing south of Fort Morton, right in the Union Line with the Belmont mansion kind of to our left and Fort Casino kind of to our right and up.

You know, if that is Fort Morton at all.  Not that I doubt you Battle of Nashville Preservation Society!  I’m just curious.

I know, you’re wondering “Just what evidence do I have for B. being a giant nerd?”  Well, let me even begin to tell you about the hours I have spent on the LOC site.  Just flipping through you can learn shit, like we apparently had a huge child labor problem a hundred years ago, kids working in the mills, kids skipping school to sell papers, etc.  And the people documenting it for the government were concerned.  The captions go into the ill health effects and the dangers of getting caught being truant.

Anyway, I’m still thinking about those pictures from St. Petersburg.  There’s something said for seeing those spaces as they were then melding right into how they are now.

So, in furtherance of trying to tempt any of you with a better camera and cooler Photoshopping skills, let me show you the kids of things the LOC has in its collection. 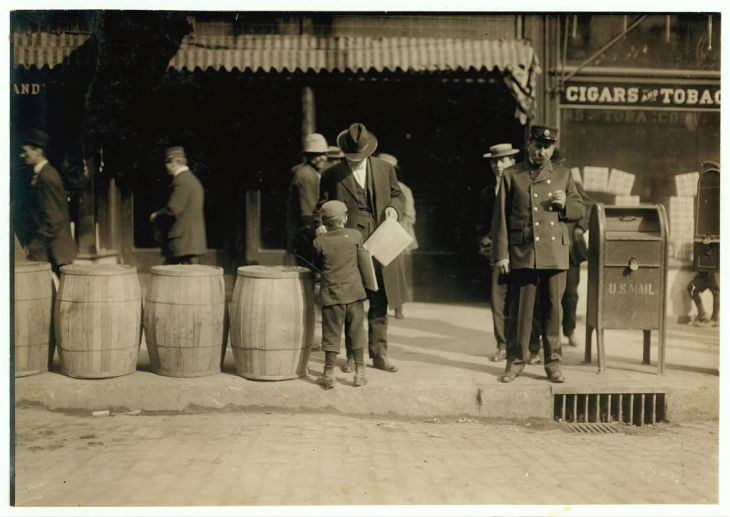 Here’s a newsie being given a talking-to for being truant.  I love the cop ignoring the situation.  Clearly this is downtown somewhere but someone other than me would have to recognize where.

More Newsies, and I think this is clearly the corner of Broadway and Second, right? 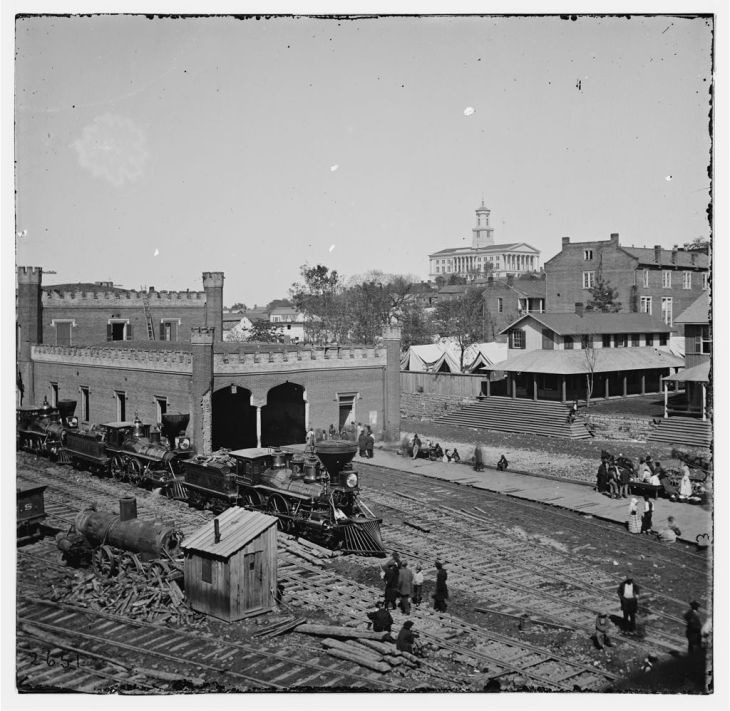 Oooo.  Here’s one from the Civil War.  I think this is basically as if you were standing on Demonbreun behind Union Station looking towards the capitol.  Where the tents in this photo are is probably where the Frist is now, if I’m acclimated right.

It’d be interesting to try to figure out exactly where this one is.  This is also the Civil War, the Union line, and though it’s hard to see, that’s Franklin Pike running from diagonal left to right in the picture.  Someone with more Civil War knowledge than me is going to be able to say, by looking at that fort in the distance about what we’re looking at.

The state capitol during the Civil War.  Note the guns. And all of the houses that don’t exist any more.

Back to the 1910s, here are some kids they found working at the mills making stockings and socks. 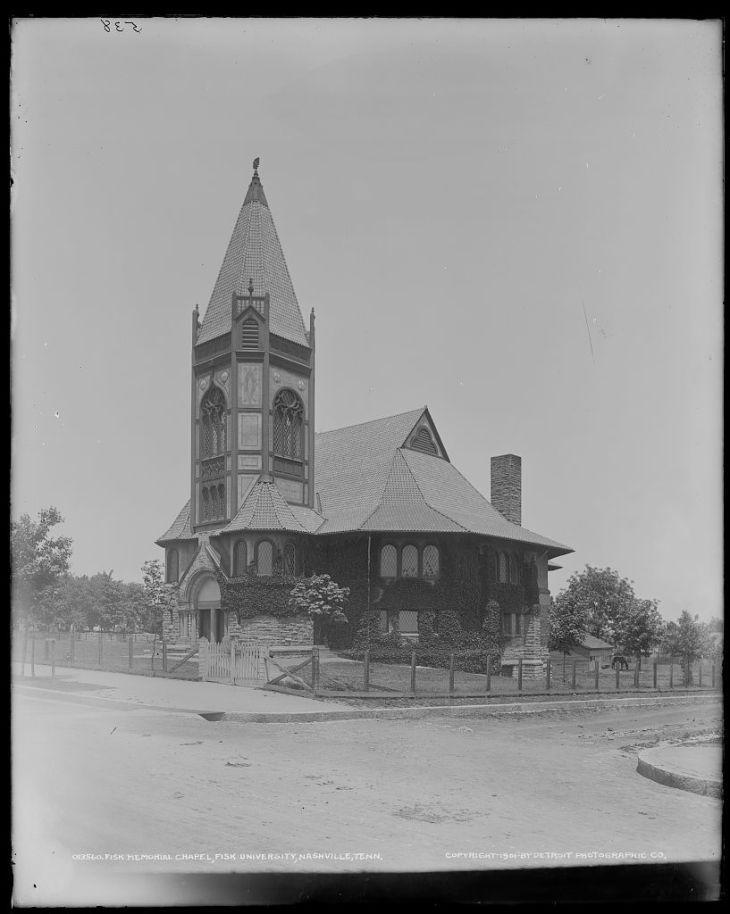 The Fisk chapel, which is still there and looks exactly the same, except that the road out front has been closed to traffic and there’s no fence around it and it doesn’t look so out in the country anymore.

Here’s the mill in the early 60s, judging by the cars.