My daisy arrived today.  I watered it and stuck it in the window.

I have been reading up about how to dissuade the deer from eating my echinacea and the two things the internet recommends are human hair and human pee.

Days like this, I’m glad the Professor insisted I learn to pee outside.  I just hope it doesn’t startle the neighbors.

So, Toby Keith confronts Peter Cooper because Peter Cooper spread some story Ethan Hawke told without bothering to verify it.

Before we go any farther, let us meditate upon the funny ways the Universe works, because somehow Ethan Hawke is able to get any kind of writing gig here in the late early 2000s.  We can only assume that means that people really don’t read books any more.  Because anyone who’d actually read that crap-fest of a first book (which I swear was written on some kind of bet–“Hey, Ethan, do you think you could write a whole book that people would actually buy that seemed to mention boobs on every other page, often for no apparent reason?” “I bet I could.”) would not turn around and have him write an article for Rolling Stone.

Then, let us acknowledge that there is something inherently annoying and infuriating about having Ethan Fucking Hawke just make up shit about you in order to portray you as a scary backwards redneck.  So, if Toby Keith wants to run around threatening to put a boot in Ethan Hawke’s ass, I would go so far as to ask Mr. Keith to consider the poetic justice of beating Hawke with a copy of his own book.  Toby Keith, if you want to beat Ethan Hawke with a copy of his own book, America is all on-board for that.

But, confronting Peter Cooper because Cooper retold the Hawke story identifying you as the person Hawke is talking about?  Um… Yeah, no.

I swear, sometimes I like to imagine my Australian readers reading my blog about all of the strange things that happen here in the land of country music.  I like to picture one of you, enjoying early fall, having a beer, and staring off into space, trying to imagine how one might make sense of what I am about to tell you.  Because, yes, it is in English, the common language spoken by me and you, dear reader I am imagining.  And yet… and yet…

Anyway, where were we?

Yes, so, because the country music world is apparently full of grown men who are secretly 13 year old girls, Toby Keith is mad at Peter Cooper because Peter Cooper told you what Ethan Hawke said about him at Willie Nelson’s birthday party (I know, it’s delicious).  Keith confronts Cooper and says, in part, “You ran it and took it to supersize French fries and now you have to answer [for] it.”

And I quote again, because I’m still laughing about it, “You ran it and took it to supersize French fries.”

This is supposed to be bad-ass?

I swear, I love this industry. 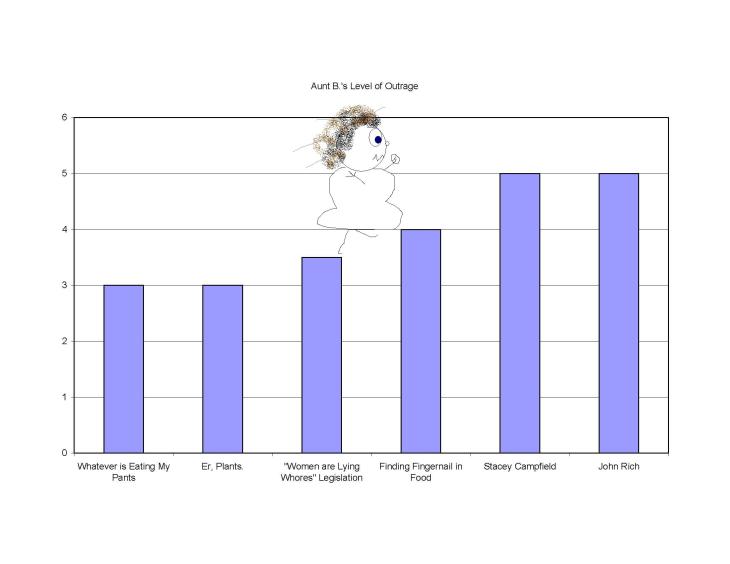 I’m afraid you have to make it larger, to perceive it in all its glory.

Y’all, today I have learned something so perfect, so artistically “right” and yet so improbable that it makes the fact that I regularly get seeds from a woman who’s great great grandpa shot at my great great grandpa who shot back hundreds of miles from either of our homes seem downright ordinary.  Due to the fact that it involves a commenter here and my arch-nemesis (no, not John Rich), I don’t feel it’s my place to share it.  But it’s one of those things where you say “Of course” and “How could it possible have been any other way?”

And yet, I at least had to mark this moment as the one in which the light bulb was clicked on for me.

So, on to more pressing matters.  It’s supposed to get down to 32 tonight and down to 31 tomorrow night.  What in my yard needs protecting and how can I do it.  I’m especially concerned about my thyme and oregeno seedlings.  But what about my lilac and rosemary?  Are they hearty enough to weather a little cold?  And my phlox?  I’m thinking it will probably be okay.

Yes, I should have listened to folks who said to not plant until after April 15.  But what’s done is done, so now what?

Karl Dean is the mayor of Nashville.  Yesterday someone came here quite a few times looking for “Karl Dean’s Penis.”

Edited to add: I did the Google search so you don’t have to.  Yes, there is another Karl Dean who does indeed have a penis.  And that’s all I care to say about that.