Rachel took this picture of A City of Ghosts in the new East Side Story store over in East Nashville. 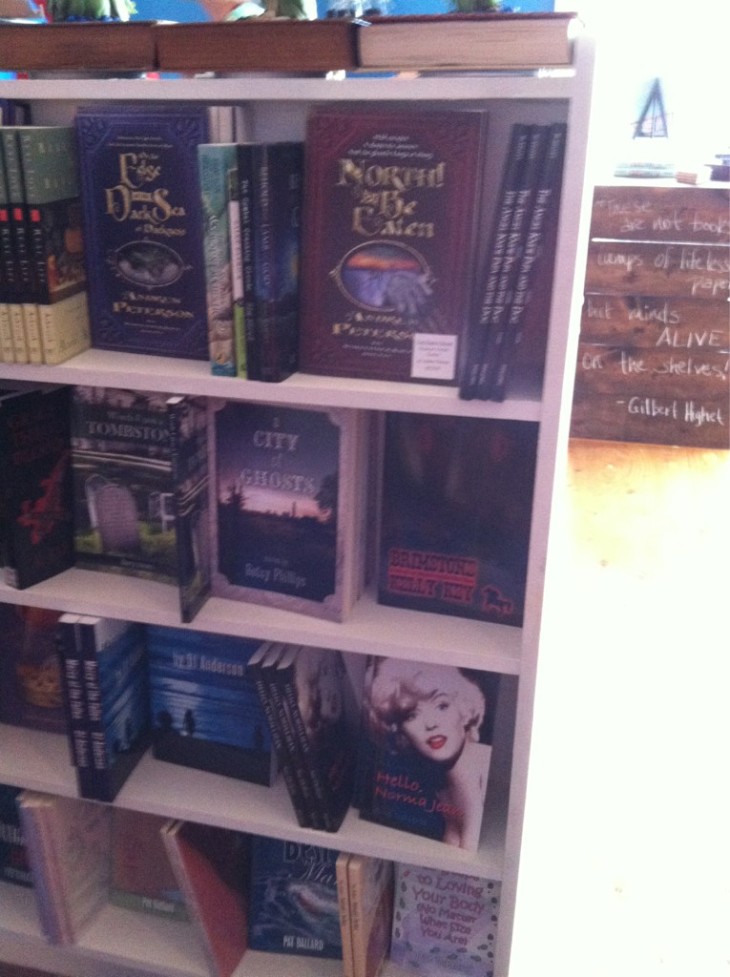 Your VP pick should be someone who compliments you and kind of fills in for your weaknesses. Ryan is charismatic, no doubt, so I get that. But it seems to me that Romney has two groups of people he’s failed to excite–the Republican everyday folks and undecideds. I’m not a campaign strategist, but I would think that, unless you’re afraid regular Republicans are so grossed out by Romney that they’re going to stay home, you’d pick a VP candidate that appeals to moderates.

But who is enthusiastic about Romney? I’m not a Republican, but he seems to be almost everyone’s “Well, at least he’s not Obama” candidate.

I don’t have a lot of sympathy for Republicans, but I do feel bad for them that they’re running a guy whose main qualification is that he’s not they guy they hate. We went through our “Anybody but Bush” years and they were not pleasant.

And I think that the problem with Romney choosing Ryan is that it just reads like Romney is afraid his base won’t turn out. That’s not a good place to be in either.