I took these pictures last night and then forgot to put them up here!

This is what it looks like when you have a row on the hook. If you look at the left edge, you can see how I’m working this new round into the old round.

And this is what it looks like as a row comes off the hook. It’s okay if the sight of my plump, round fingers gives you fantasies about gently touching them with your tongue. Just don’t share those fantasies with me and don’t attempt to live them out while I’m crocheting, Quentin Tarantino. Christ. 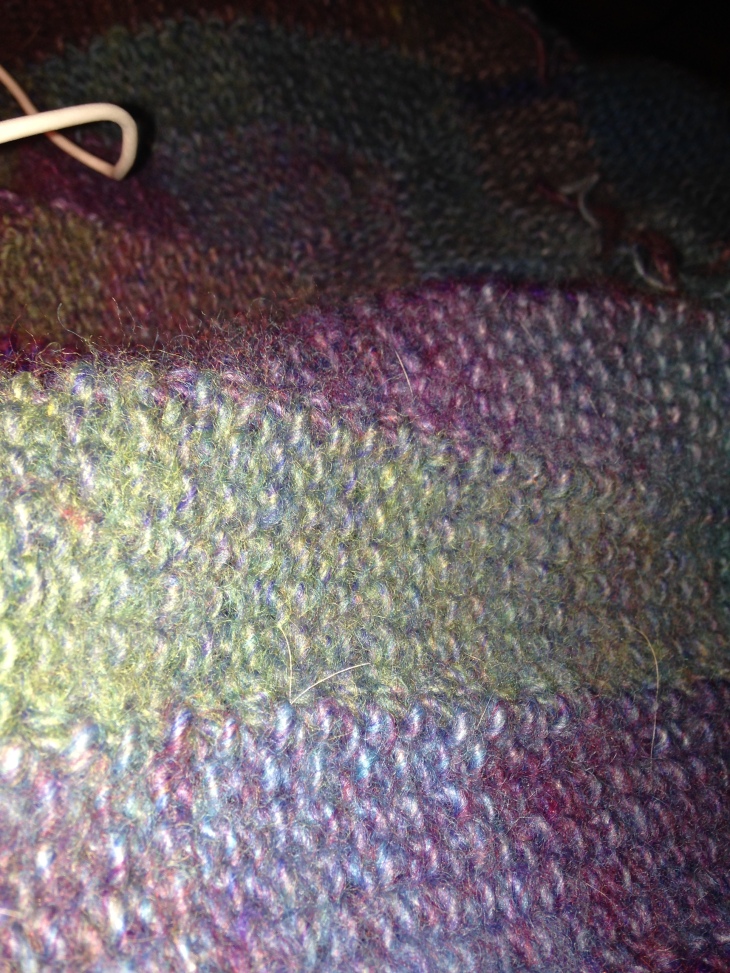 Seriously, you guys thought his foot fetish was bad. It’s all going to be women with pleasantly fat fingers doing crafts from here on out. Um, yes, anyway, this is what the back looks like.

And this is what the front looks like. I bought 18 skeins of yarn and I have ten left, so I’m that far into it. Like half done I guess?

6 thoughts on “How It’s Going”