So, as we all know, this is what a peacock feather looks like: 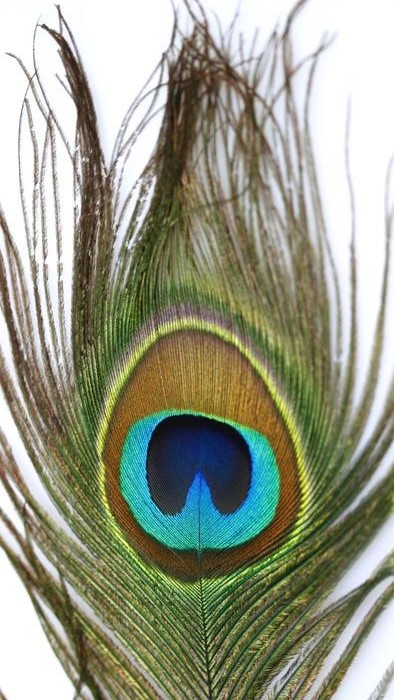 I spent the evening trying to come up with a motif that would kind of reflect this and that would utilize the skills I’m learning in the current afghan. I think I’ve got it. 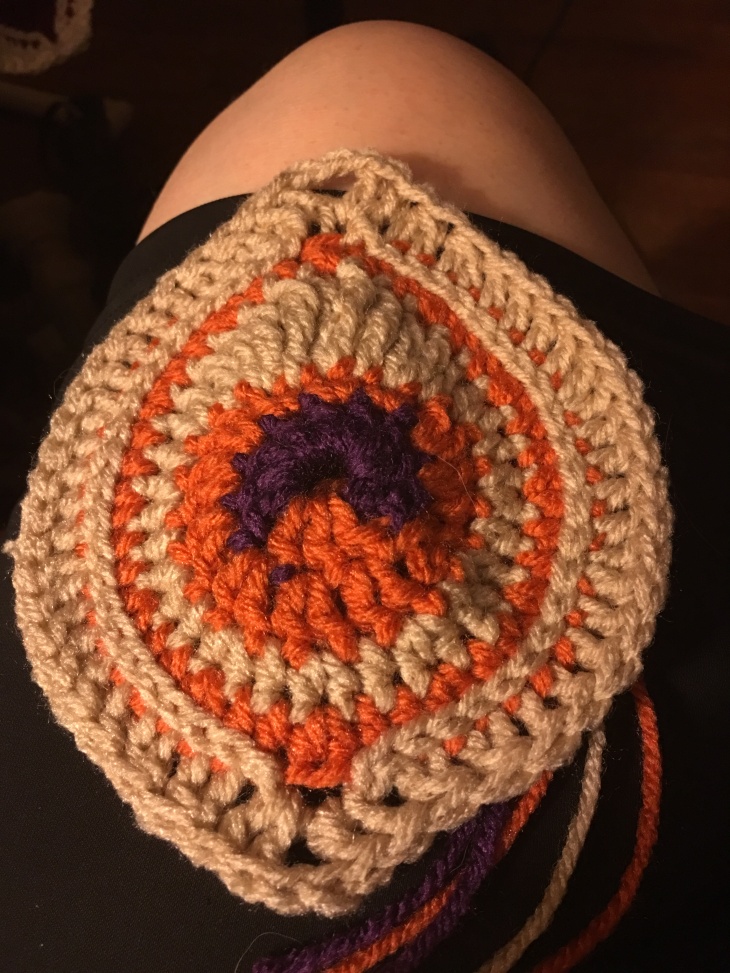 So, the purple part will be dark blue. The inner orange will be light blue. The first ring of beige will be some delicious golden brown. The next ring of orange, though, I think needs to be that kind of electric yellow-green, if I can find a yarn to match it. Then the decorative beige along with the outer beige (which will be the connective tissue of the afghan) needs to be just a fucking stunning green.

These motifs are slightly smaller than the motifs for the current afghan I’m working on, so I’ll need more. That part might do me in. The motif making on the current afghan went kind of delightfully well. Maybe I can fall into a rhythm with these. Fingers crossed. But no starting on this until the other one is finished.

Knock on wood, this week has been quieter and less stressful than previous weeks. I’m really enjoying working on this afghan. I’m also tickled because it’s so small compared to my normal afghans! But that’s only because I make giant, unwieldy afghans.

The other day I was listening to the NPR music podcast and the guys realized that there’s a certain kind of voice they like because it reminds them of Kermit the Frog.

I think there’s a certain size afghan I like because it reminds me of how I used afghans as a kid. I don’t think of an afghan as something you can just drape over your lap. I want you to be able to lay completely under it on the couch. I want it to make a good roof for your living room fort. And we are bigger than we were when we were small. Should our afghans not grow to fit out new sizes?

Still, I admit, I’m staring at this thing, wondering if it’s too small. I’m making it, though, for a kid who’s not even in pre-school yet. It will be fine.

But I have these thoughts because of the pending peacock afghan, which will use this afghan as its base.

Also, I think the hypnotism scene in this week’s Tanis is a master class in suspense. I am so jealous of their ability to make nothing happening terrifying. And the revelation at the end? It made sense of so much, I think.