I got called a racist this weekend and, you know, as much as it stings, I think the guy is right. And also an asshole, but right.

Writing for Pith requires–at least from me–a certain amount of bravado. Sometimes I come down on the wrong side of the asshole line.

I don’t think there’s anything for me to do except acknowledge it and move on. But I have been struck by the people who want me to fight him, to comb through his social media and ruin his life, to make him sorry.

Like, first of all, I am a person and he is a person and we’re not going to fight for your entertainment. But secondly, you know what feels really racist to me? Going nuclear on a guy who was right because he dared piss me off.

Like, I’m trying to be a good person out here. I fail and fuck up sometimes. Why are folks hell-bent on tempting me into being worse? It’s really insidious.

Anyway, I also spent some time getting far enough on the afghan that I could do some doodad samples to see if I like the look. 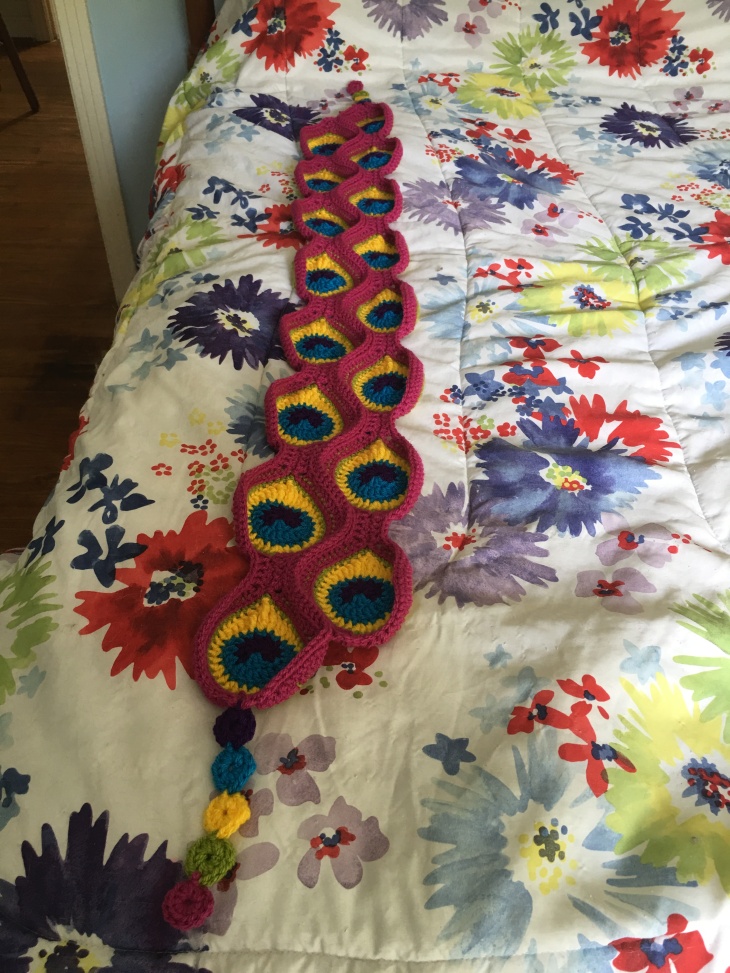 I love the doodads! Also, I love how the green works in this afghan, just a tiny hint under the raspberry. Anyway, in real life, I’m just starting the green round on the motifs, but I had to work ahead to see if I was going to be happy with it.

I especially love how the raspberry and the yellow go together, though I’m not sure why. There must be some color theory to explain it, but I don’t know it.