So, of course, the two Kool-aid dyed ones look great (the two on the left) and I really like that soft yellow there next to the orange. That’s a keeper. But everything else? Not really feeling it. Some other dyepot awaits them.

That orange, though! Let’s look at it closely: 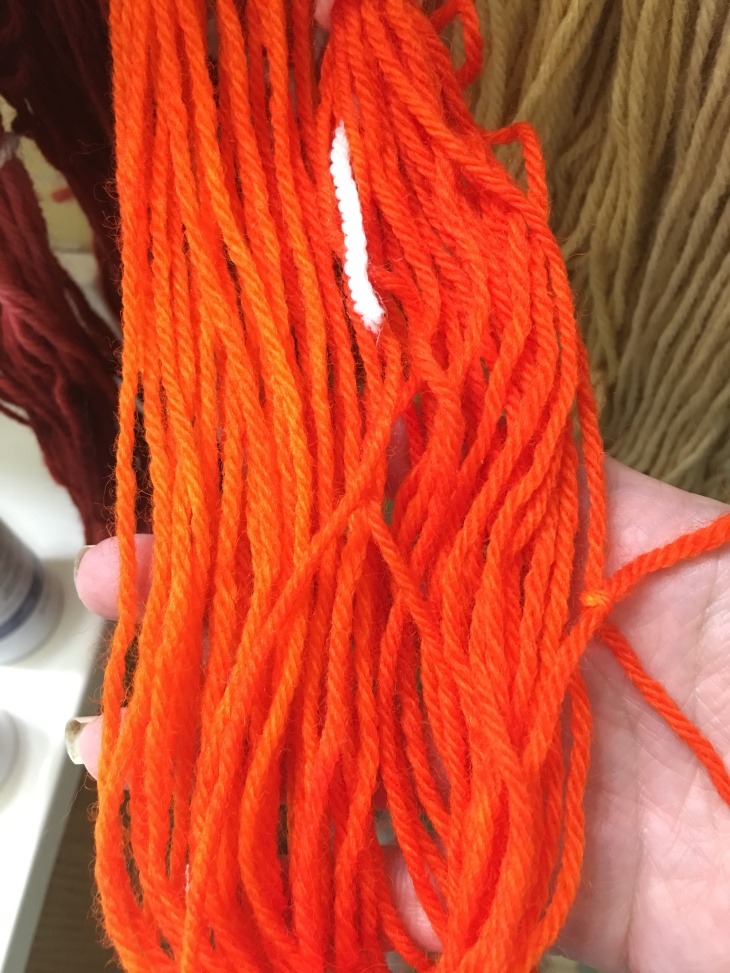 Look at the variations! That yellowish highlight isn’t a trick of the camera. that is something in the yarn. It’s amazing.

But I was so disappointed in most of the other fruit teas (I really thought I’d get at least a variety of browns, not just pink-brown and yellow-brown) that I wanted to have a success so I did a quick breaking of this purple Kool-aid on a whole skein of yarn.

That may be all I can do without mordant. So, next, I need to mordant up some wool. And then I think I’m going to try the day lilies in my yard this weekend.

I’m having such a good time.

And I am slowly finishing the wedding afghan, too. It’s just less fun to take pictures of.