I very rarely crochet with wool yarn, because when you give someone a wool afghan, you’re giving them an ongoing commitment to some kind of ridiculousness. At the least, to having a big flag place to dry the fucker.

But sometimes I want to try new things. So, I’m learning about the difference between hanks and skeins and why you shouldn’t store wool in balls. (Basically, you want to give the wool room to move, so it doesn’t get misshapen.)

Also, look how beautiful it looks in hanks! 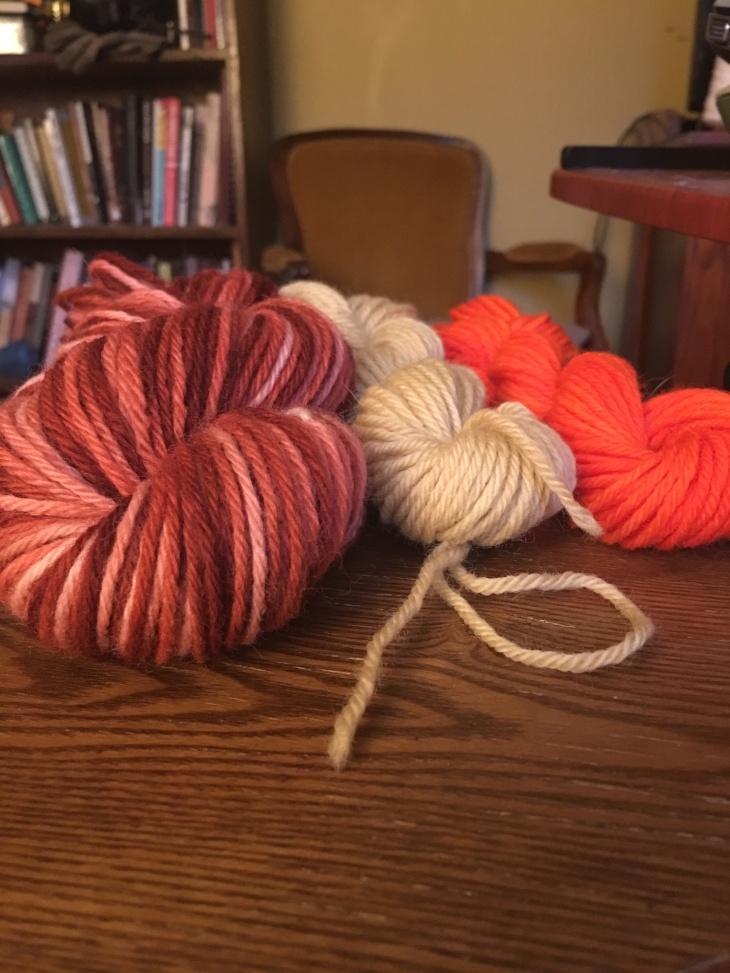 And the broken purple is drying: 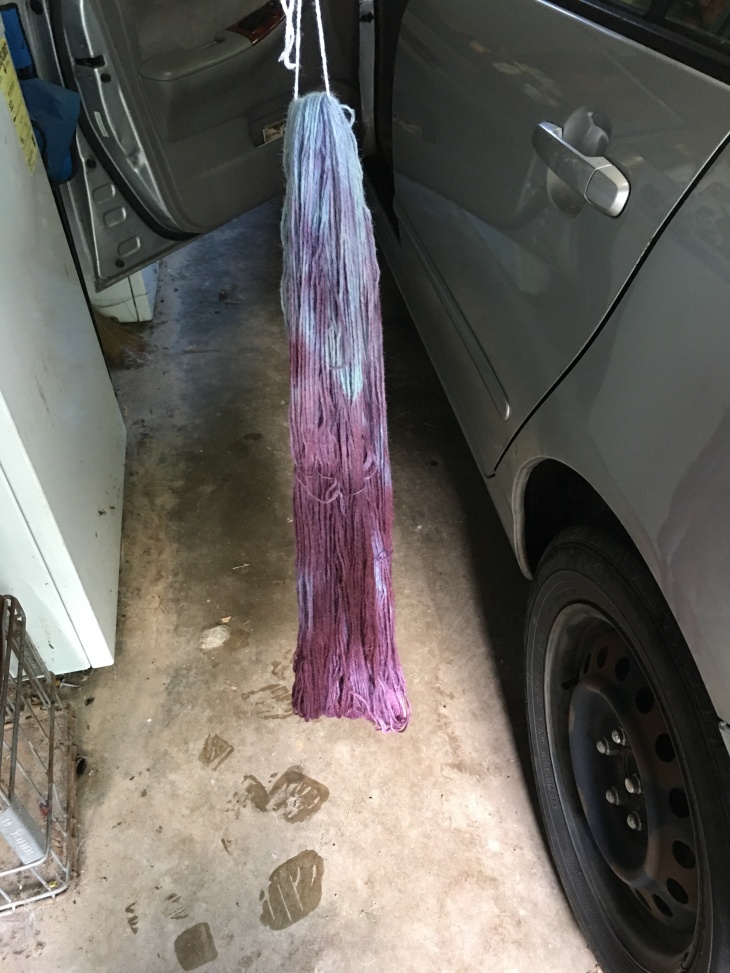 I will twist that into a hank soon enough. And then I can marvel at its beauty, too.

In the back of my mind, even though it’s months away, I’m trying to decide what pattern I want to use for this yarn. I want something simple enough to really show off the color variations, but also not just a square, because I’ve done that before.

I think I’m just about at the end of my day lilies for the season, so I plucked the penultimate bunch last night and threw them in a jar with water. I’ll add whatever shrivels up tonight. Once I get some yarn through the mordant bath, I’ll throw a small amount in there and see what happens.

The city mowed down my Queen Anne’s Lace yesterday so I’m going to have to go up to Lloyd and get what I can. I hope they don’t mow up there before that.

And I’ve got my eye on the poke berries at the back of my driveway. I’m waiting for them to turn black and then I’m going to snag them.

I feel like a witch. It’s so much fun. And it’s letting me rest my wrist, which is not happy about last week’s failed push to finish the afghan.