I use Tom’s, which is supposed to be a “natural” deodorant, whatever that means. Usually I use the unscented, because I tend to be allergic to scents in things. But the last time I was at the store, they were out of unscented, so I grabbed the lavender scented stuff. Friday, I used it for the first–and only–time.

I had an allergy attack the likes of which I might have mistaken for a summer cold except for, other than being stuffed up and sneezy, I feel fine. Plus, I felt noticeably better after showering and scrubbing my pits.

So, hot damn, I poisoned myself. That was dumb.

And I’ve finished all my sunflowers. I don’t know if I should put them together and then start on the poppies or do the poppies and put everything together at once. 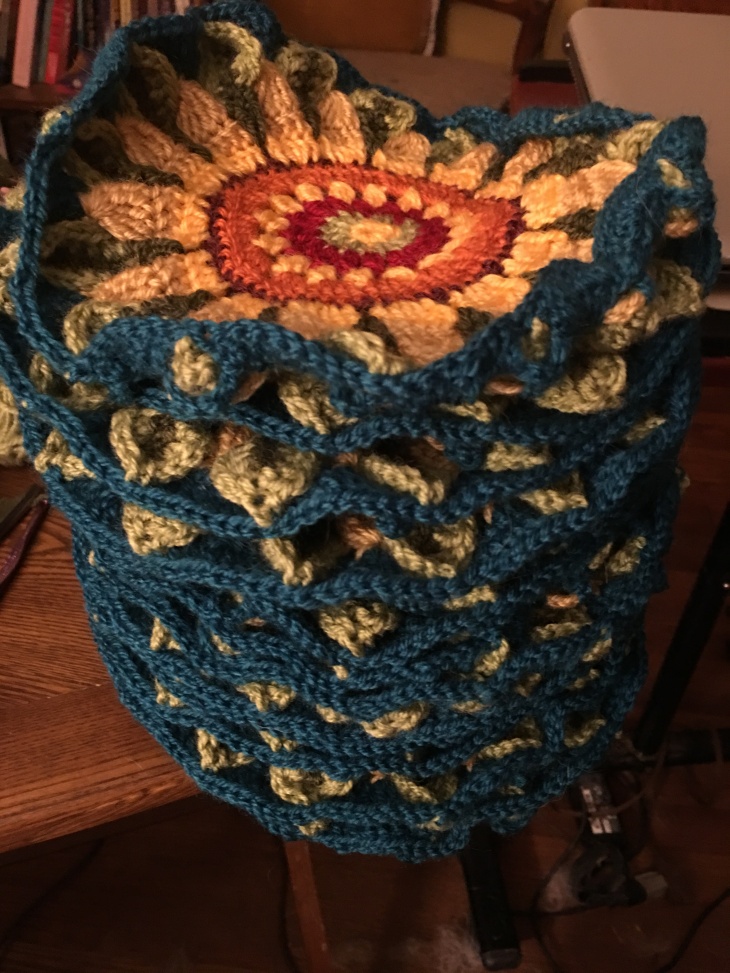