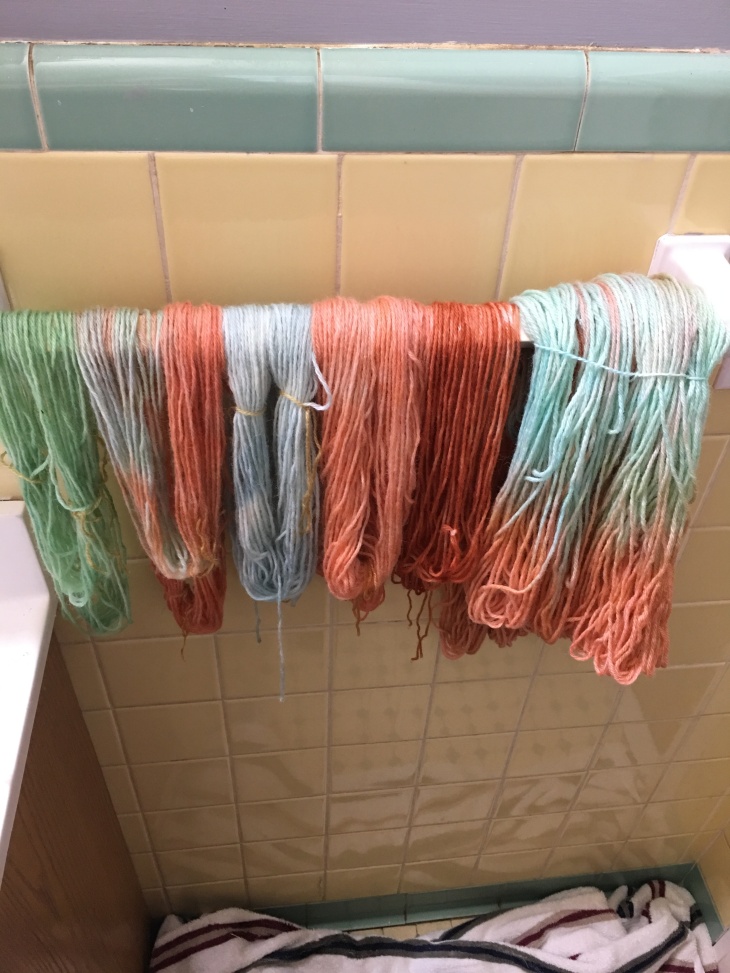 I spent some more time last night farting around with copper colors. I love that green on the left. I really love the copper that’s second on the right. In general, I wish I were getting slightly better coverage. The pattern I want to make calls for twenty skeins of yarn and I’d like to feel confident in my ability to dye a whole skein the colors I want.

I also tried to put my first poppy in, but I fucked it up somehow. I’m going to try again when I’m feeling more awake. 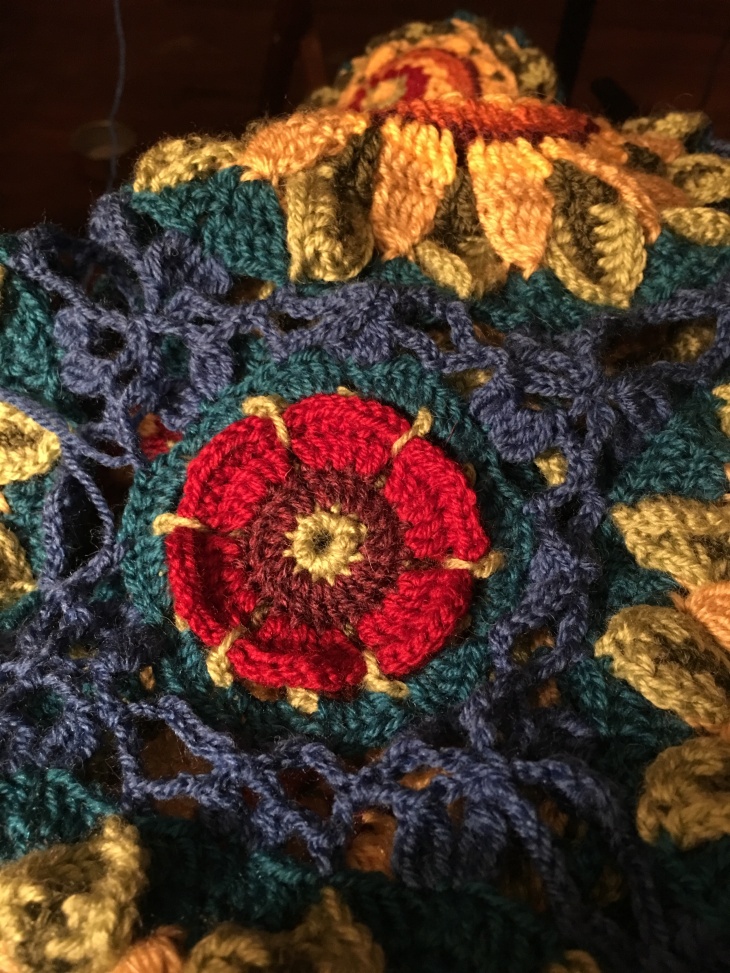 Still, fuck up and all, it looks really good! I really love how beautiful this afghan is.

I think the work shit is finally hitting the fan. I mean, I have felt like we’ve been through the fan and covered in shit for some time, but I think now some things are going to start coming to ends and I’m afraid it will be some good things as well as some bad.

I’m just so stressed out and tired of being stressed. I think I’m sick in part because I’ve just been in a heightened state of what-the-fuck-is-going-on-and-what-can-I-do-to-mitigate-it? for a year.

Also, I broke my yarn swift. I think it can be fixed, if I can find the part that went flying, but damn.

And Aretha Franklin died. I am incandescent with rage about it. Not that she’s dead. Death comes for us all. But that she was such a genius and such a great talent and she was that while being fucked with, deeply fucked with, her whole damn life.

And yet, even in death, it comes down to how she looked. Like, here she is, one of the best artists the 20th century produced, and the Washington Post gives that much space to the fact that she got fat. But it can’t even talk squarely about the abuse she endured and survived.

I “love” how much work is being done by the part where she had two children by the time she was 17. Yes, and by that time, one of those children was five years old. Someone was doing real bad shit to Aretha.

But she got fat, so you know. Priorities.