Y’all, I went to bed at 11 and I woke up at 10. In the morning. An hour before when I normally eat lunch. I think I have just had so much stuff buzzing around in the back of my head that I couldn’t completely turn it off and sleep well.

Gladys told me about a murder. I tried to find out if the murder was real before I decided what to do about it, but the details were so vague that I began to think that either she was bullshitting me or she’d gotten the details wrong.

And then I found the murder in the paper. And I was like, well, what the fuck do I do now? All I have is second-hand rumors from a terrorist.

But last night, I went to WPLN’s Podcast Party and Emily Siner’s guest was a retired cold case detective. I am not even shitting you. I learn a thing. I become troubled by the not knowing what to do about it of it. The Universe puts me in the path of a person I can tell.

So, I told him. And I told him that I wasn’t sure how much of what Gladys had told me was true and how much was just her trying to settle some old scores. And he got what I was saying.

So, that’s a relief.

And I went and got the Wilton’s copper food coloring.

Look at how close I was just with my own color mixing! (It’s the second from the left.) 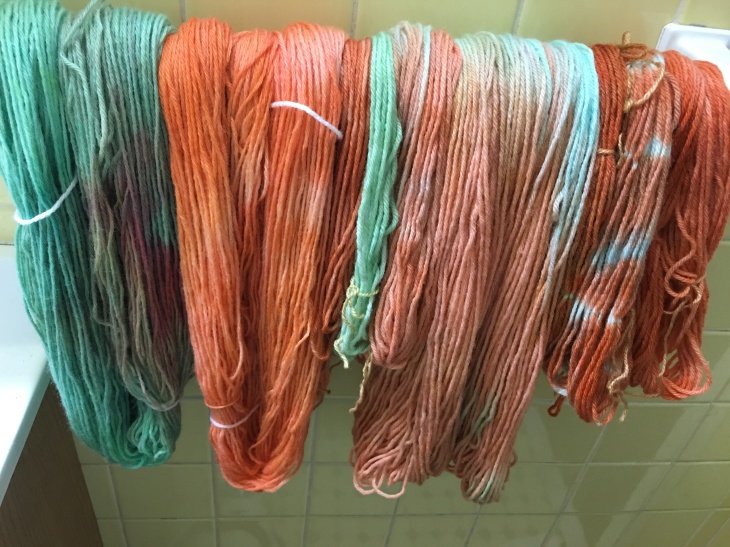